On the 24th of November 2015, the Courtyard by Marriott Kingston Jamaica opened its doors to receive the first guests. 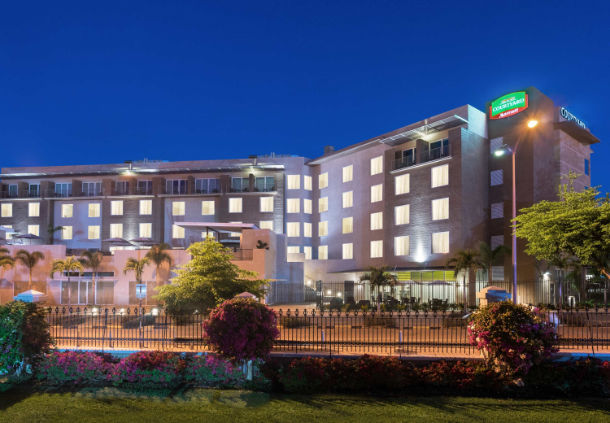 The 129 Room Hotel is the first Marriott branded hotel in Jamaica, and according to Stephen Facey, Group Chairman and CEO of Pan-Jamaican Investment Group, it will not be the last. 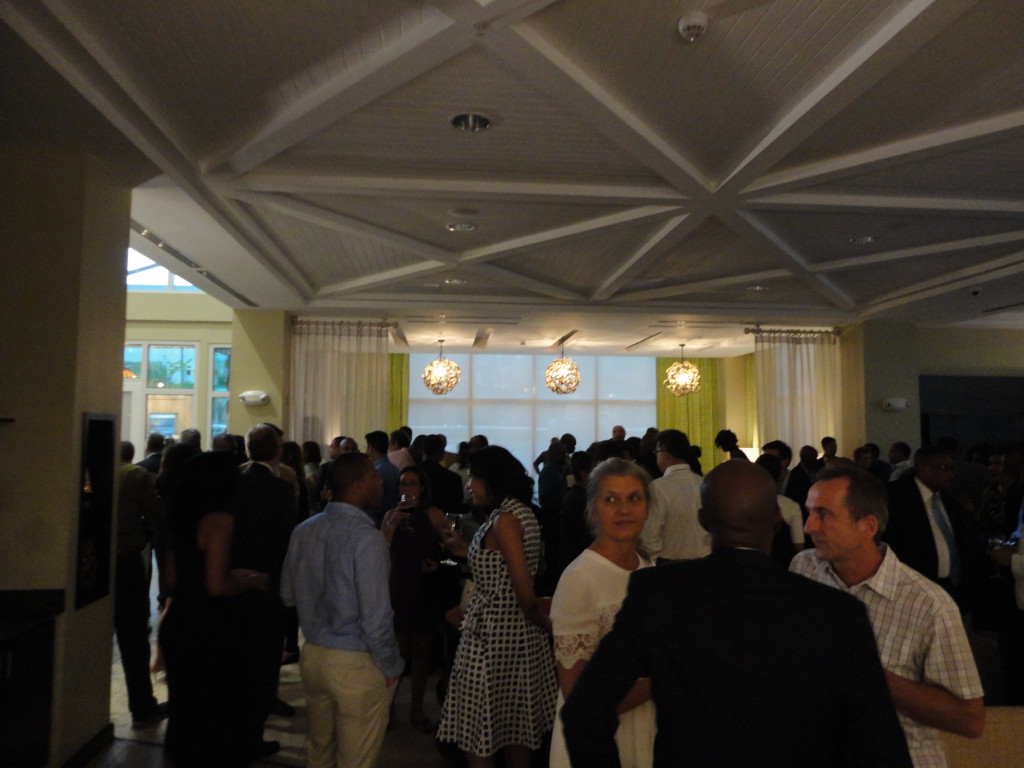 Last Friday, April 15 at the official launch of the hotel, I stood and listened as  Mr. Facey announced that work has already begun to open a second Marriott hotel in Kingston. With properties in over eighty countries worldwide, Marriott’s name is a formidable force in hospitality. The brand’s impending merger with Starwood Hotels & Resort will further catapult it on its quest to become the largest hotel chain in the world with the strongest loyalty program.

Marriott’s arrival in Jamaica will have an impact far deeper than just that of creating employment. Their choice of investing in Kingston as opposed to the island’s North Coast which is the center of the Tourism Industry may be the boost that Kingston has long-awaited.  Despite being Jamaica’s capital, Kingston is often overlooked as a destination for tourists as frankly, it is a bit rough on the surface.

If one takes the time to dig beneath the exterior, you will find a city rich in culture, history and scattered with beautiful gems that will creep up on you and capture your heart when you least expect it. At the opening ceremony, Edmund Bartlett, the Minister of Tourism vocalized his ministry’s vision to make Kingston a gastronomy center, as the city has the most diverse culinary landscape in Jamaica.

Another element that the Marriott chain has brought to the city is a culture and reputation of being a socially and environmentally conscious brand. Their five months’ tenure on the island is already a testament to this.  Courtyard by Marriott Kingston Jamaica is the first LEED certified building in the island.  A Leadership in Energy & Environmental Design certification is a symbol of a company’s commitment to energy, water, and waste efficiency other characteristics associated with “going green”.

The hotel has also shown signs of its commitment to employ and empower people within the local community. They have partnered with the Citizen Security and Justice Program to provide employment for at-risk youths during the construction phase and operation phase at the hotel. Those employed during the hotel’s construction phase were exposed to new construction methods giving them transferable skills for future job prospects. 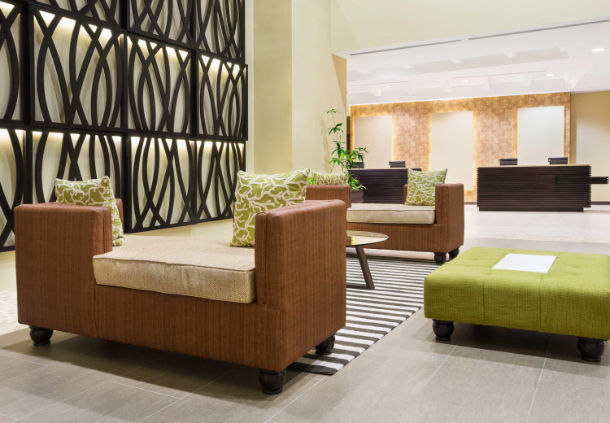 It is impressive when an organization does more than talk. One popular Jamaican expression is ” Put yuh money weh yuh mouth deh” (translated put your money where your mouth is)  and CY Kingston is certainly doing that. All the furniture in the hotel is manufactured locally and they intend to form other partnerships going forward.

The stakeholders present at the opening were very upbeat and excited about the venture. They also expressed their desire for other major international brands to follow suit and invest in Brand Jamaica. 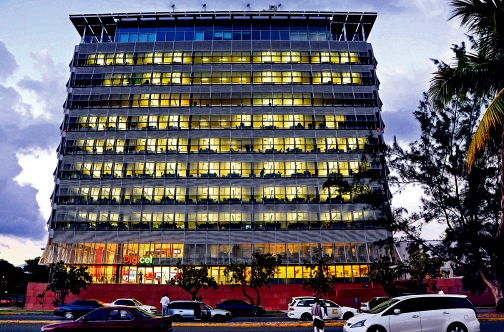 In recent years companies such as Digicel Jamaica have invested heavily in Downtown, Kingston. They relocated their corporate headquarters there in 2013, an 11-story solar efficient and environmentally friendly building that spans over 211,000 square feet.

The company also refurbished Coronation Market, a place where thousands of farmers and vendors depend for their livelihood. Their move was part of a Downtown, Kingston revival project that has been slow to manifest but could catch the new wind with Marriott’s current investment.

I have always enjoyed going to concerts on Kingston’s Waterfront or watching fireworks on New Year’s Eve. It is my wish that more travelers and locals will check out the amazing talents of local artists displayed at the National Gallery or enjoy the simple or not so simple pleasures of watching the sun go down over the world’s 7th largest Natural Harbour.  With a Marriott downtown, maybe more people will discover that Moby Dick is more than just a whale from their childhood fable but rather the place to eat the Best Curry Goat ever. Breakfast at F&B could become the new “thing to do” along with fresh and scrumptious lobster lunches at B& D Trawling. 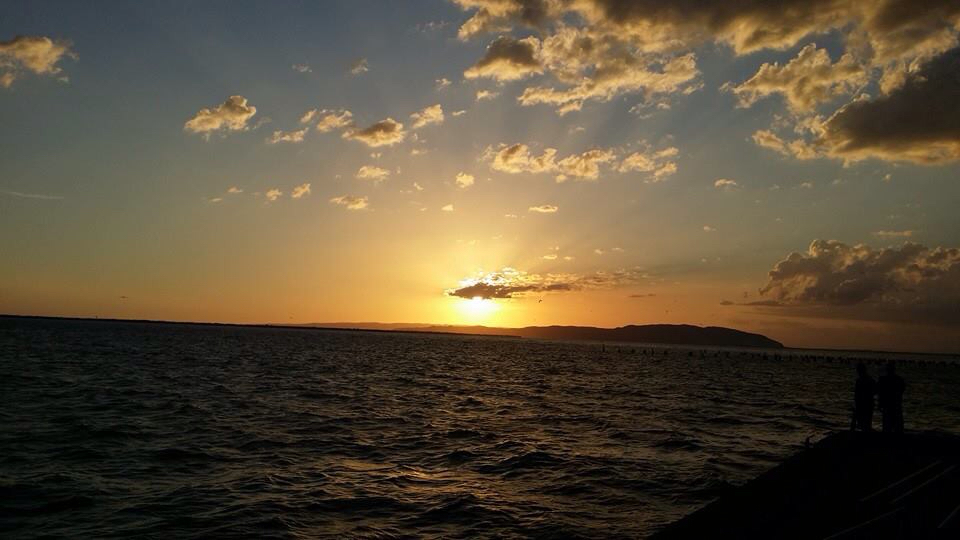 Restoring Kingston to its former glory will be no easy feat and maybe in the distant future if at all possible but these developments are a well-needed start. As the city that I have called home for the last sixteen years slowly transforms, I will keep you posted. In the meantime check out the new Courtyard by Marriott Kingston Jamaica. The people are watching and it’s a good look!