Last Weekend I decided to check out the Liguanea Art Festival at the Liguanea Plaza in Kingston. It was the 10th annual staging of the event and it was an impressive display of the wealth of talent in Jamaica.

There were various booths of jewelry designers, sculptors, painters, photographers and other artists working with pencil and ceramics. 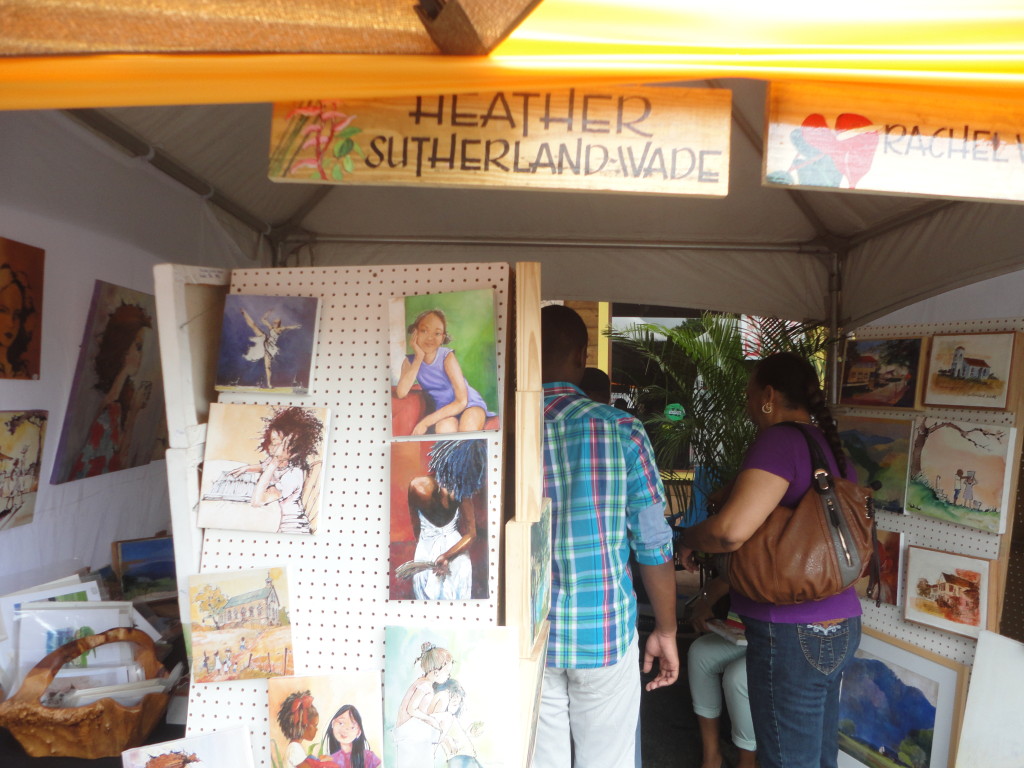 Among the artists present were Laura Facey-Cooper ,creator of  “Freedom Song”, a larger than life monument that  stands at the entrance of Emancipation Park in New Kingston. The piece is of a 10ft & 11ft bronze figures standing in a cast iron dome filled with water. When unveiled in 2003, the nude bronze male and female sparked much controversy and was frequently discussed in the media. Some persons found the nudity offensive and not suitable to be displayed at a family friendly park. Others even called for it’s removal but luckily tempers soon subsided and the world is able to enjoy and appreciate the magnificent work of art. 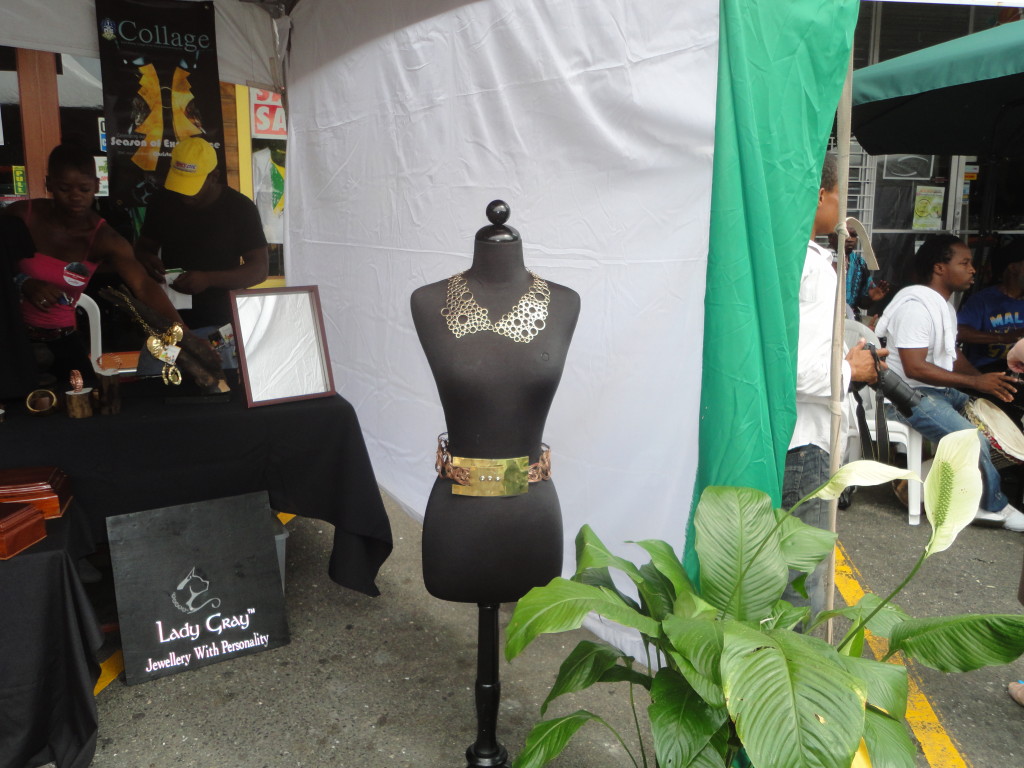 My favorite pieces were from Rohan Woodhouse. It was my first time seeing his work and I could not stop staring at the intricacies of each of his paintings. His subjects were mostly elderly persons, forgive my amateur art analysis but I think he brilliantly captured their souls on canvas. I felt as if I was in the scenes of his artwork or like I knew his subjects personally. My photos could not do his work justice but check out this one of an old woman drinking porridge. 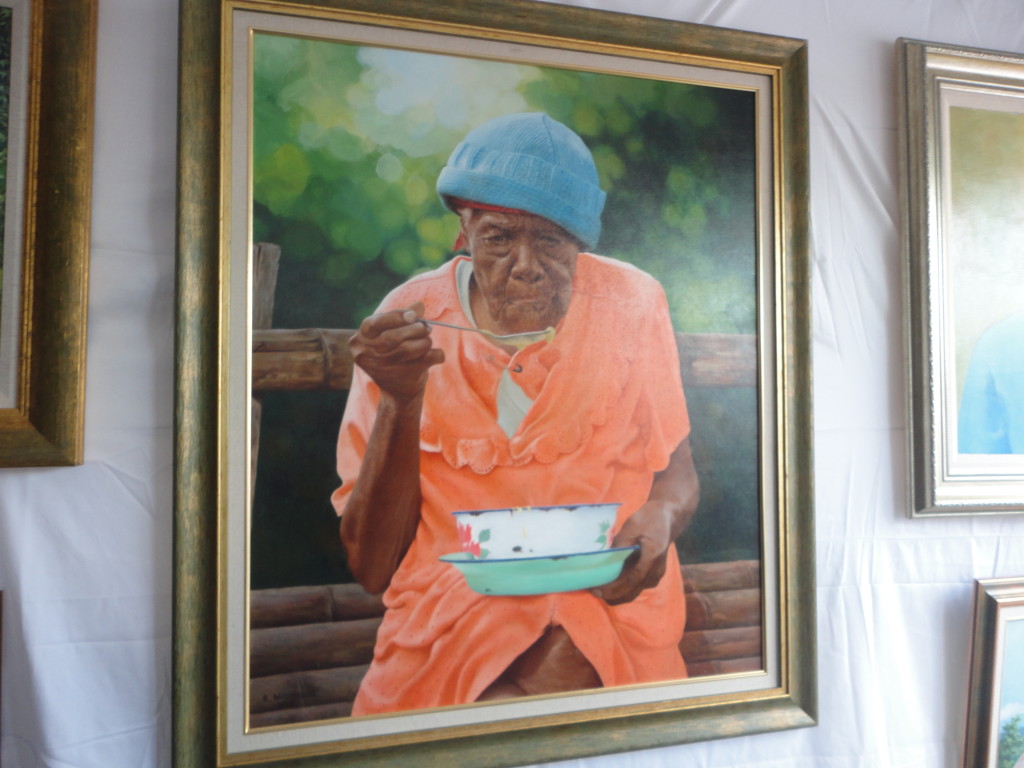 I spent a good 15 minutes looking at it. His eye for detail is remarkable, from the rust on the enamel container, porridge dripping down the side, the thread and safety pin on her clothes to the wrinkles on her skin. I would love to own one of his pieces. 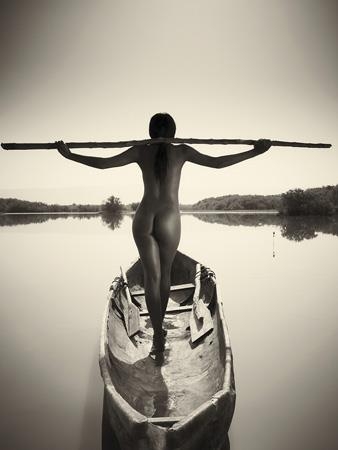 The festival was an all round fun  and family friendly event that celebrated the crème de la crème of Jamaican artistry. I look forward to future stagings.

For more about the artwork that were on display as well as the artists, check out the  Liguanea Art Festival Facebook Page .